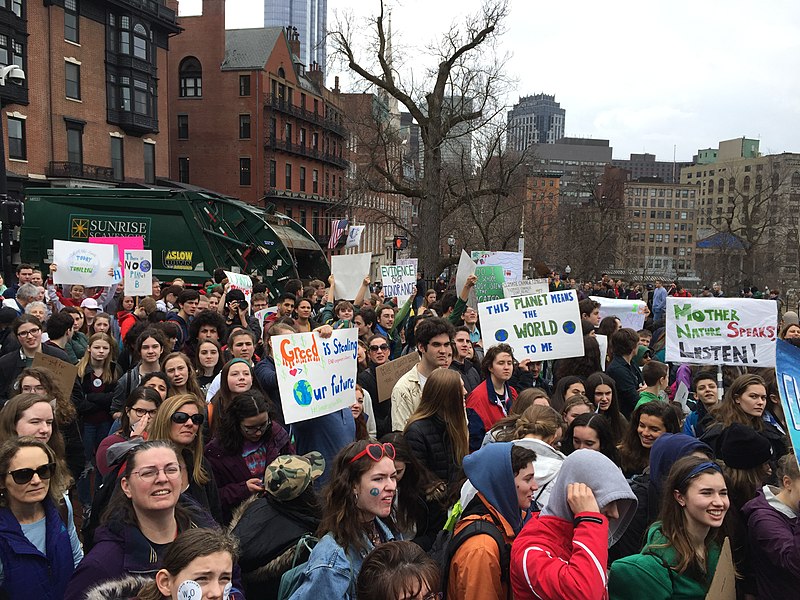 In over 150 countries, people gathered to protest climate change and the destruction of our environment on September 20th. With mostly young people stepping up to the cause you can see them fighting for the end of fossil fuels and to decrease our waste. According to The Guardian, roughly 6 million people stepped up and took action to fight for our planet in various ways. Many did so by attending protests, but others did even more. Some of Amazon’s employees walked out on the 20th as well as a way to protest the multi-billion dollar company’s lack of action in helping with the climate crisis.

One name tied to these protests is that of Greta Thunberg, a 16-year-old Swedish activist has recently been heralded as the leader of the climate change movement, alongside other young activists such as Quannah Chasinghorse and Helena Gualinga. Thunberg stated in a speech to the United Nations that “people are dying, entire ecosystems are collapsing. We are in the beginning of a mass extinction and all you can talk about is money and fairytales of eternal economic growth.” Thunberg started a protest herself when she stood outside Rikstag, the legislative body of Sweden, holding a sign simply stating “Skolstrejk For Klimatet” which translates to “ School Strike for the Climate”.

So what can students do to get involved in this? Of course, recycling and lobbying politicians to vote for climate-saving legislation is a start, but also getting involved in your local community is a great start. Central’s own Environmental Club meets every Wednesday after school, and they all work tirelessly to recycle, landscape the school grounds, and more. Consider joining today!