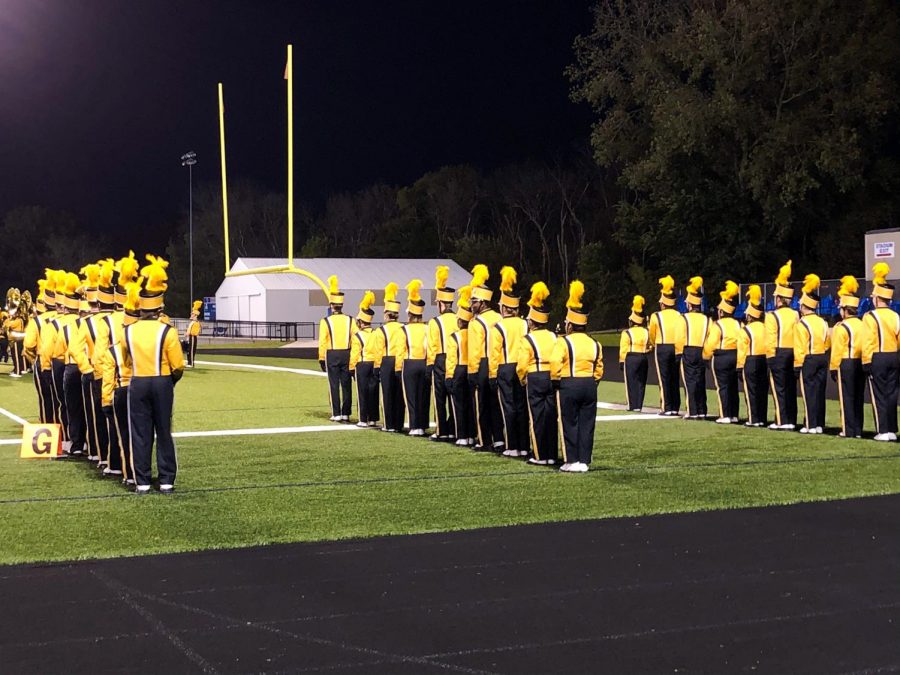 At Brady Stadium on Tuesday, October 15 2019 Davenport Schools hosted the 2019 Band Spectacular. It was a special day for the Central Marching Band. They were able to work with the West, North, and University of Iowa bands. They were each there to represent the school they go to.

Every time a school went on the field to perform, the crowd and their parents went wild. They played theme songs of some of the greatest shows, The Office, Parks and Recreation, and Big Bang Theory, They even made a tribute to Little Sebastian, from the show Parks and Recreation. In addition, songs were originally performed by Lady Gaga. The numbers included Poker Face, Shallow, and Bad Romance.

It was very a crowded evening. Everybody sat very close to each other. We could only sit on one side and it was quite claustrophobic. There were multiple cameras videotaping the amazing performance.