The lovable little hedgehog gets a childish, but not bad, starring role 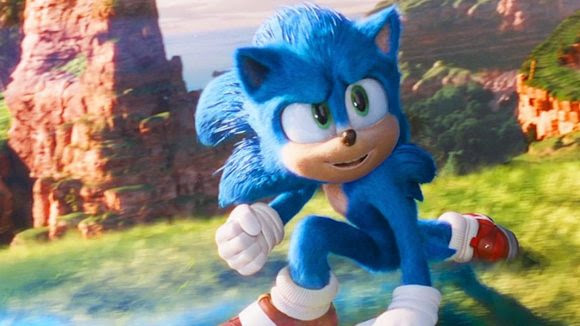 I was very skeptical at first. My parents took my two younger siblings and I to the movies, but not the ones I wanted to see (namely, Parasite and 1917). In order to please them we went to Sonic. I expected it to be another silly children’s movie that, frankly, would not be the best use of my time.

Not that all children’s movies are bad – some are quite good – but the necessary G or PG rating can have a tendency to filter out the full meaning that could be expressed with a movie of higher rating. (Editor’s note: the author is 15)

With Sonic, though, I was pleasantly surprised.

The character of Sonic himself can be quite annoying to some. His constant chatter and a pervading sense of shallowness during the scenes of dialogue was a little hard to bear, but at select moments, when Sonic activated his superspeed, time slowed down, and 90’s rock music began to play, I was a bit impressed with the strange and admirable power of this furry little fella. Throughout the movie my view towards him shifted from annoyance to awe many, many times, which can be a bit confusing, but overall, it wasn’t exactly bad.

It should be known that the whole movie had to be reanimated after a teaser was posted online. It showed pictures of Sonic in the movie, with large, unsettling teeth, rugged hair, and a strangely humanoid body. The public was outraged, and made it known through social platforms like Twitter. As a result of this outrage the movie had to be largely reanimated.

The result, though, was a pleasant surprise. The animators somehow managed to make a nonexistent creature from a pixelated video game come to our universe without causing too much of a cringe.

The real star of the show was Jim Carrey, who played Dr. Eggman, a tormented genius whose sole determination was to capture Sonic and harvest his unlimited power. Carrey’s performance was consistently enjoyable to watch. His manic genius made him almost an anti-hero, and his dry, strange comedy made me laugh out loud several times, to the chagrin of my mother who did not understand what exactly made his lines so funny.

The movie’s story was unexceptional. It wasn’t exactly unique or revolutionary in the art of cinema, but that doesn’t mean it wasn’t entertaining. It was.

So, although it is not the best movie I’ve seen, if you must see a movie, and you cannot choose your favorite, I recommend Sonic. It’s not bad.