Netflix vs. Hulu vs. Disney+ 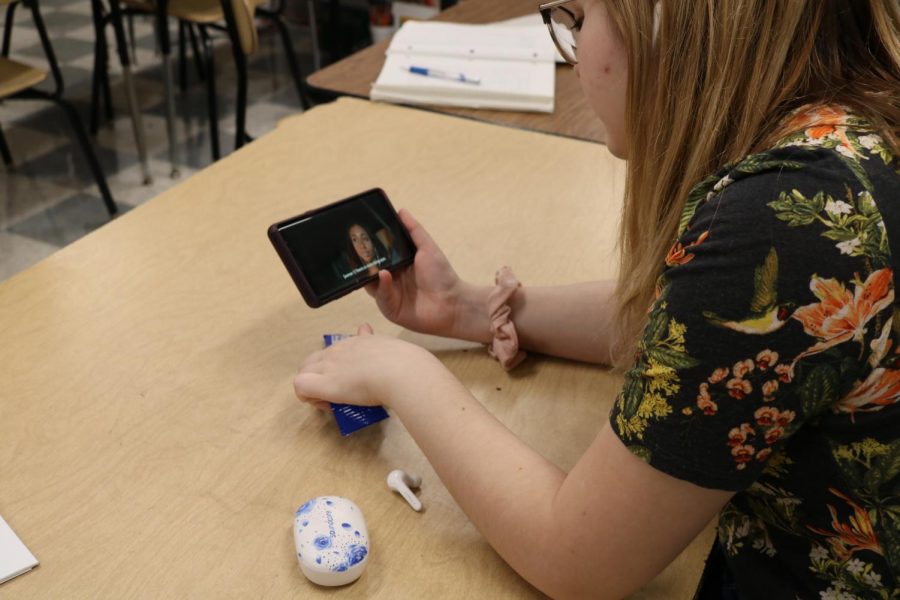 Lena Dybro (20) watches the new Netflix show "Love is Blind" on her phone.

There are many movie streaming services but there three that many people focus on the most. These include Netflix, Hulu, and Disney+. But which one is better? It can be difficult to weigh the pros and cons of each when it comes to price, content, and quality. So let’s get to the bottom of this and find the best one for everyone.

Netflix has three different plans including Basic, Standard, and Premium.
Basic: $8.99 a month

Premium add-ons for Hulu include:

Original Content
Netflix shows and movies usually come out monthly. Seasons for shows produced on other networks and platforms can take up to a year or more.

Hulu shows and movies usually come out monthly. Seasons for shows can take up to a month or more. Most shows that are on Hulu start at a season that isn’t the first. Hulu deletes previous seasons to make room and stay up-to-date.

Disney+ movies can take up to a couple of months or more. After a Disney movie comes out in theaters, it’s released to digital after 90 days. It spends about 2-3 weeks being digital before it comes out on Blu-ray and 4K. Once the movie has been out on Blu-ray for 4 months it is then released to the streaming services, like Disney+. However, some films like the live-action Beauty and the Beast have existing licensing deals, so there will be a delay in uploading those.

Devices
There are many devices that are compatible for Netflix including:

Most of these devices are also compatible with Hulu. But Disney+ does not work on Blu-ray players like Netflix and Hulu.

Netflix has many shows and movies but here are the most popular ones:
Shows:

The Angry Birds Movie 2
Life as We Know It
Kung Fu Panda 2
Pokémon: Mewtwo Strikes Back Evolution
Cop Out

Most popular shows and movies for Hulu:
Shows:

Nathan for You
Letterkenny
Catch-22
Ramy
The Venture Bros.