Central’s Blue Devil Productions is one of the only schools in the area to do a show during a pandemic and questions are floating through the air. 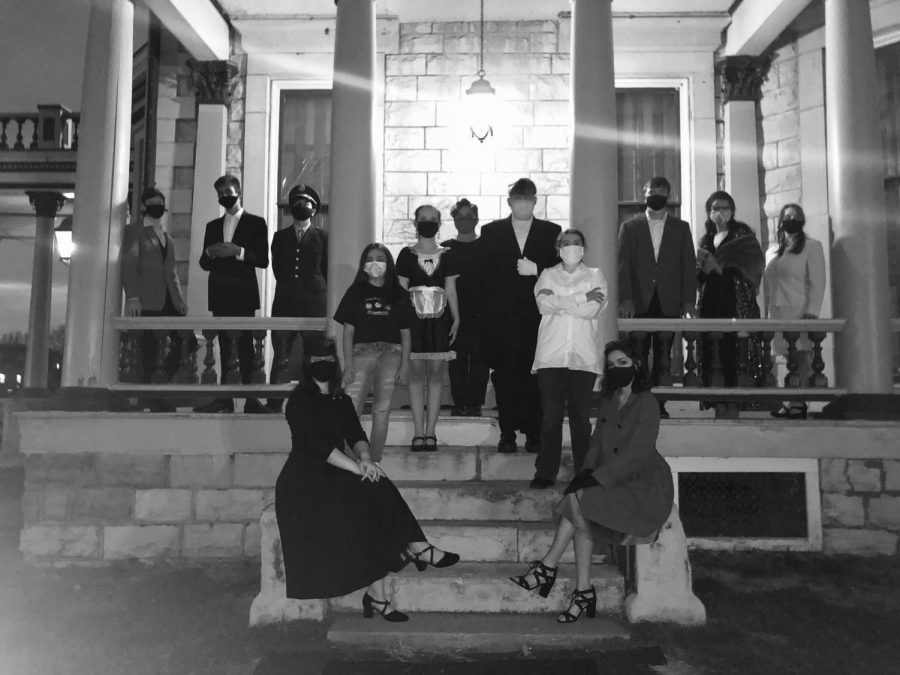 One of the highlights of the first semester is the theatre department’s mainstage show. A play or musical depending on the year, these shows are top-notch productions with wonderful sets, stellar acting stars, and a thousand tech cues.

But with COVID-19 axing so many other extracurriculars, many doubted that any shows would be happening this year. And many shows have been cancelled for safety reasons. But at Central, the show goes on.

The mainstage play this year, CLUE: High School Edition, will still be different than in any previous years.

The play, written by Sandy Rustin, is based on the 1985 film, which in turn was based on the Parker Brothers’ famous board game. Six guests arrive at a mysterious mansion and are given pseudonyms to hide their identities while a madcap murder spree happens around them. It’s up to them and the butler to find out who the murderer is before it’s too late.

This mystery will be added to by the fact that nobody’s face is seen – but that’s a facet of current reality rather than the theatre’s make-believe. All performers will be wearing masks during filming to protect each other from COVID-19.

A full understudy cast was put together, in order to ensure no part would go unfilled if a person had to step out to quarantine.

We asked the director, Thea IntVeld, why she chose to put on a show during these conditions.

“Stripping [students] from everything that was fun about school seemed unfair, especially since sports were allowed to still function normally. I decided that if the district felt it was safe to do a sport, I would do everything in my power to keep my performers safe during a show,” she told the Blackhawk.

The rehearsals are taking place primarily over video calls, and those few that are in person are socially distanced and fully masked up. Some of the cast had to quarantine themselves, but as of today, everybody appears to be in good health.

In a time of struggle for the arts, watching this may be a point of levity in this very dark time.