The Power of Perseverance: NASA’s newest rover has landed on Mars 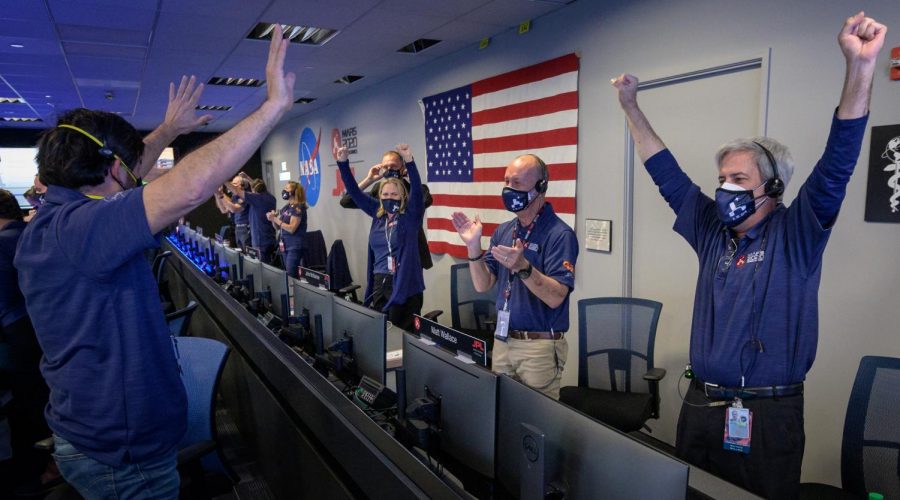 After six months and a journey of over 292 million miles, NASA’s Perseverance rover has successfully landed on Mars.

The mission was a demonstration of, according to NASA administrator Steve Jurczyk, “Our nation’s spirit of persevering even in the most challenging of situations, inspiring, and advancing science and exploration. The mission itself personifies the human ideal of persevering toward the future and will help us prepare for human exploration of the Red Planet in the 2030s.”

President Joe Biden also acknowledged the success. In a tweet, he said, “Congratulations to NASA and everyone whose hard work made Perseverance’s historic landing possible. Today proved once again that with the power of science and American ingenuity, nothing is beyond the realm of possibility.”

What will the rover do, exactly? One of its main tasks is to explore the Jezero Crater, which once held a lake 3.9 billion years ago, for signs of ancient life such as microfossils in Mars’ soil.

Along with Perseverance came Ingenuity, a helicopter which is to be test-flown to determine whether future aerial exploration is worth being pursued. The small helicopter functions to scout out points of interest on Mars and also to identify the best routes for the rover to follow.

Weighing over a metric ton (over 2,205 lbs), the Perseverance rover was the heaviest NASA had ever attempted to land on Mars. Since the radio waves between Earth to Mars take about 11 minute, the rover had to land itself, without any human intervention. This is why they call it the “seven minutes of terror” – for seven minutes the rover is basically crashing through the atmosphere and slowing to a stop on the surface of Mars.

Entering the atmosphere, the rover was moving at about 12,000 miles per hour – by the time it hit the ground, it had to slow to 1.7 miles per hour – that’s a speed change of 11998.3 miles per hour. Luckily, the landing was successful –  even, as NASA put it, flawless.