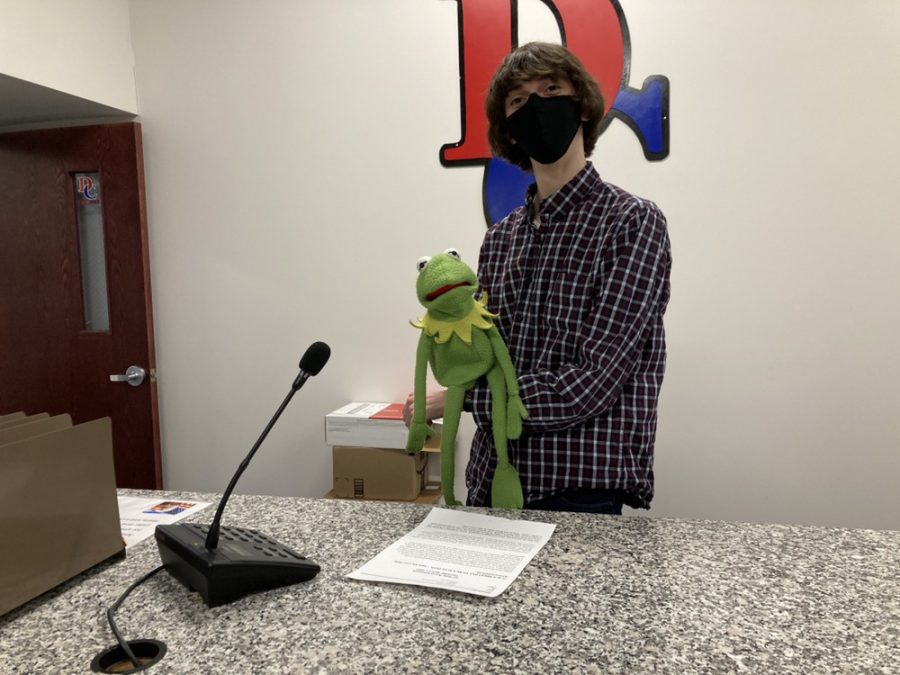 On April 1st, students throughout Central were met with quite a surprise when they heard the voice of Kermit the Frog doing the morning announcements.

Wyeth Platt, who voiced Kermit, said that he had been planning the joke for a long time. “I wanted to do it a couple years ago, but obviously I didn’t have the opportunity, and last year I had the same idea, but there was no April Fools last year!” He finally got the opportunity this year, and it didn’t disappoint.

This isn’t the first time Wyeth has brought his froggy friend out. “I like bringing him out every now and then. Sometimes I’ll read a story in his voice in class. I’ve done that before.”

Wyeth also has other accents that he likes to use, but his all time favorite has to be Kermit. “I think when it comes to voices, the Kermit is my favorite, but I’m also fond of the Scottish accent. It’s just fun!” Kermit certainly spiced up many Central students’ days, but at its core, the joke was just a fun time for Wyeth. He says, “I did it for myself, I just really wanted to.”